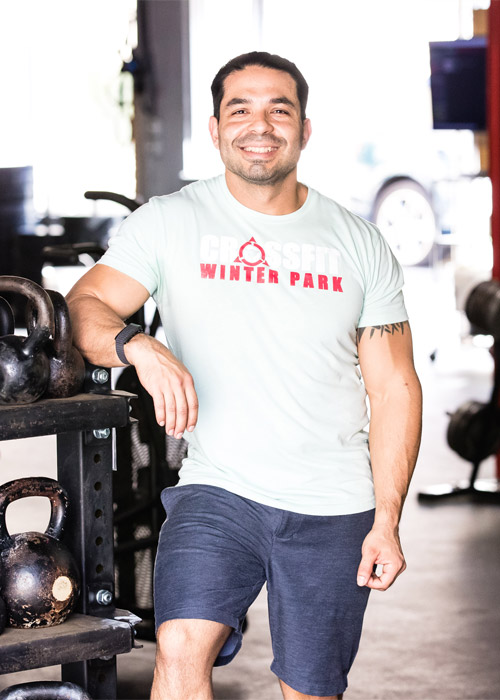 I was born in New York City, lived in Brooklyn for a short time and was raised in Orlando, FL. I attended Winter Park High School and later enlisted in the US Army. During my first 4 years I was stationed in Germany, then later deployed to Iraq for Operation Iraqi Freedom in 2003. I was called back into active duty in 2006 and deployed to Iraq in support of the global war on terrorism.

After completing my service with the Army, I enrolled into the National Personal Training Institute to begin a career in personal training and fitness. A classmate told me about CrossFit and after doing a little research I was blown away! I wanted to learn as mush as I could, so I contacted a local box where I began to intern and learn everything I could about Gymnastics, Olympic Weightlifting, strength training, running and rowing. I have dedicated myself to coaching CrossFit since 2008 and am excited to share my experience with the Winter Park community.