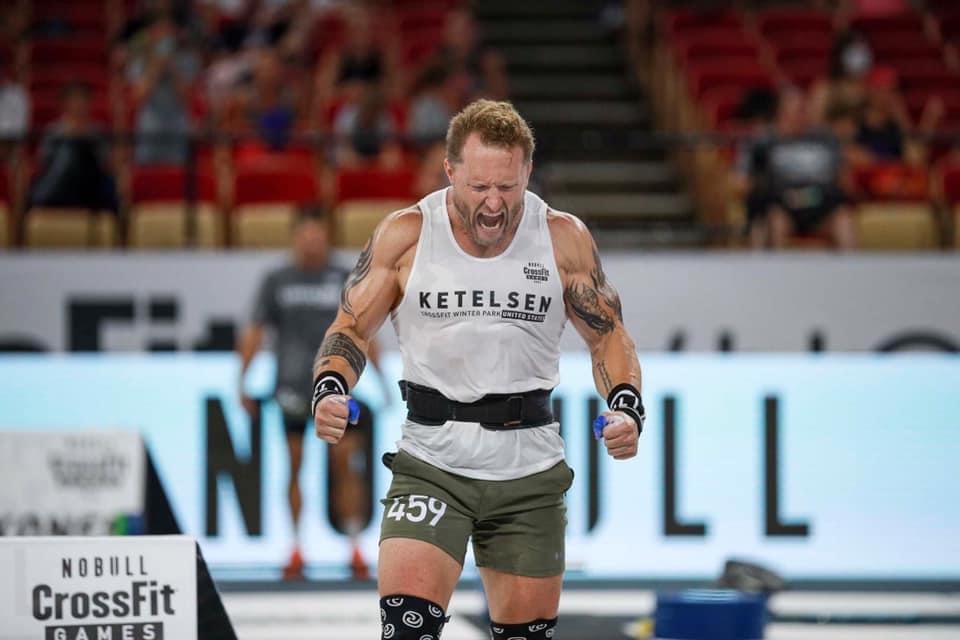 I just wanted to take a couple minutes to share some thoughts and reflect on this year’s CrossFit Games. More specifically, Andrew’s games.

It’s really hard to put into words how big of an accomplishment it is to make it through the Open, and then the Age Group Online Qualifier, in order to advance to the final event in Madison, WI- THE CrossFit Games.

Andrew made the decision last year that he was going to gun for it. Now, many people “say” this, but not many have what it takes to actually get it done. It’s not just a physical accomplishment. It’s mental, emotional, spiritual and so much more.

This was Andrew’s first year in the 45-49 age group and he knew it was the year for him to make a few training adjustments and get $#it done. He made the time to train 2-3 times a day on top of having a full-time job, coaching part time at CFWP, parenting 6 kids and being an awesome fiancé 🙂 He made countless sacrifices while also maintaining a balance. This is NOT easy to do.

I could go on for hours, but want to keep it somewhat brief. I am SO PROUD of him and I cannot wait to see what he does next year.

And yes, there will be a next year. He is just as hungry as before. No, maybe more. This was not a one and done moment. He’s ready to get back there and do even better next year. (after a week off and some relaxation and recovery time, ha!).

Which leads me into another topic…

Many of you have expressed interest in going to the Games in the past. Well, let’s get a group together and make it happen next year. We know for sure the Games will be in Madison at least one more year, then the contract is up for grabs in 2023.

And, it will be amazing to have an even bigger group of friends up there supporting Andrew in his second run. So, look for updates in the spring once they start releasing dates and tickets. Don’t wait!

Lastly, I was going to ask Andrew to write something for this email as well. Andrew is of course so thankful to everyone that supported him. But, since he already wrote a great post on Instagram, I’ll link to it HERE so you can read his words directly.

And, I also have to say how thankful I am that we have such an amazing group of members at CrossFit Winter Park. You guys are the best! Honestly, thank you so much for all that you do for the coaches. It means so much!